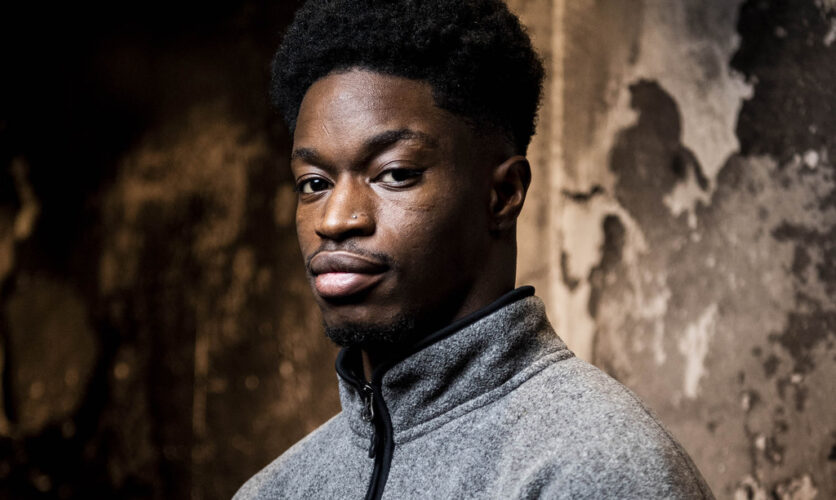 
Zoopreme about dance and power moves: “We make something simple just really nice”

Last December, Zoopreme won the Undisputed Masters VI in Malmö. Almost a home game, as the Swedish town with a car ride over the Øresund Bridge is less than 45 minutes from the Danish Copenhagen, where he grew up as Rico Coker. In any case, ‘home’ is a flexible concept for Rico, who also regularly stays in Eindhoven as a dancer with The Ruggeds.

Striking about Rico’s victory over this international b-boy competition was the way he managed it. Although Zoopreme has great power move skills, the emphasis in his style is really on dance. And with that, he explains, he actually goes back to how it once started: “In the beginning everyone did the same moves. You made them interesting by adding a personal touch and then it is important that you can also just dance to a beat.”

“For some, that’s the original form of breaking,” he continues. “In the seventeen years that I’ve been active I’ve seen a lot of people who use their personalities on beat, but there was a time when moves were really important. People were good at crazy moves or crazy shapes and holding weird positions, but I feel that people are now thinking more about dance and personality and steez.”

To illustrate, Rico talks about The Ruggeds: “There are a lot of people doing crazy things. Because I’m from Scandinavia my movement pattern is very different. I don’t have the same creativity or flexibility as other guys in the crew, so how do I make my way of breaking interesting? I am good at dancing, so I try to dance with everything I do, in my dance and in my moves. I literally go back to basics and I make those basics interesting.”

To give an example: “The tap mill is such a basic move. People from Scandinavia are really good at that. If someone does three or four you can immediately see if he comes from there. Me and those boys: I have really good tap mills, they look like a move. If Niek has to do a tap mill, it is not as good as mine, but he is much more creative.”

“Denmark is a country of traditional movements: 3 steps; 6 steps; a baby freeze; ground powers. Those things, but very good. Not exactly like Americans, but with a strange twist, because in Scandinavia it is cold so the people are stiff. It looks a bit different, but beautiful, with real shapes and finesse. In the Netherlands boys come from different countries, such as Suriname and Indonesia. They are more flexible and perhaps a bit more creative. In Denmark there are mainly Danish people and you don’t have that many different cultures. Not on the same level as the Netherlands. And that is even less in breaking.” And that is why, says Rico, the focus in Scandinavia is on making the basics as interesting as possible: “We just make something simple really nice.”