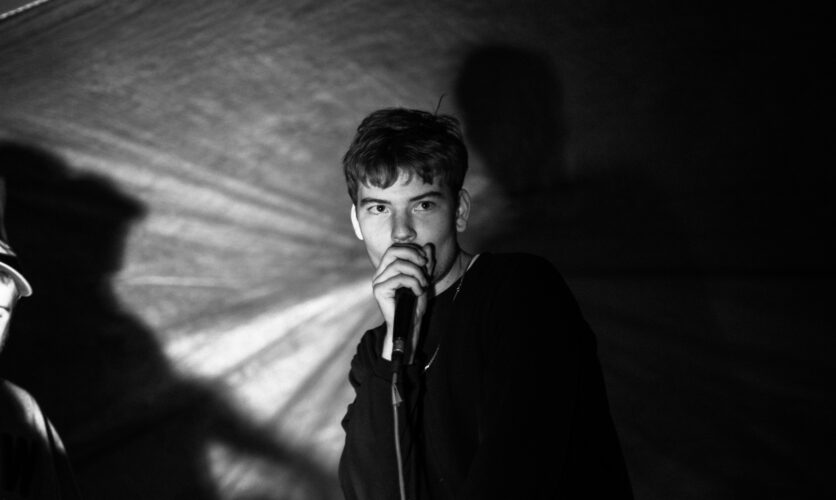 
You should know these five emerging rappers according to Boolin’

“No events are found,” says the homepage of the Boolin’ website. Organizer Siem Oosterhof can’t wait to program cool acts and upcoming local talent again. In the meantime, he is working together with Jasper van Es on an exhibition where image and music come together and in terms of parties, there seems to be light at the end of the dark tunnel: “The Effenaar is almost down to start again.” So there is hope. In the meantime: talent for the home. Siem will guide you through the sample of emerging Eindhoven talent of this moment.

We kick off with Grizzle and Jejokaki: “Big angry Antillean boys with a small heart and a raw side. They have been busy for a long time and recently signed to SLE VXF, a collective from the South that is pushing a large group of artists such as $keer & Boo$ and TRAPMONEYBIGGIE. They make a lot of noise, drop a lot of tunes and make clips themselves. Their album Shpook Twins has just been released. Although the music is quite gritty, they are sweet boys who work hard for what they find important.”

The Dynamo Urban Lab’s Mixing Off project also reveals the necessary talent. Human, for example, who recently appeared on Top Notch’s Open Bars project. The label had put down a pole with a camera and a beat and the rappers who took the mic were uploaded on the Top Notch channel. About this young boy Siem says: “He was booked for the afterparty of Paaspop and he played at We Are Electric. He has a lot of energy, it is a kind of Pokémon. Humourous, almost comedy. He doesn’t care what people think of him. If he learns to use it properly, he can become a Lil Pump-like guy. It’s a rough diamond that needs to be polished.”

Who should also not remain unmentioned, is Yung Voltage: “An eccentric creative with a healthy nonchalance. He is a kind of big brother for young kids. He makes his own beats and he makes art and clothes with his friend Little Tape. I personally like his beats better than his rap, but he deserves mention because he works so hard.”

If we were to find a common thread in the talent that Siem mentions, it is that everyone works hard for his music. Similarly, BMW Black: “This guy founded the collective Fide World, where more creative people from the South have joined. For example, Kid tha 6 has been blown through this label. BMW Black must get his shine for that. He has good values: we all need to do this together, we are united. He is a leader. I think he takes too few views for what he does, besides his own tunes. He shows entrepreneurship and gives other people something. He is not solo artist, he brings people up. He works hard for his dream. He’s just legit.”

Finally, Siem tells about Skinny: “A well-known guy in Eindhoven. Just does his shit, his music is nice. He was already busy when he was in high school. His EP Yellow Tears was dropped last month.” Siem explains what appeals to him in Skinny’s work: “He really makes music. It’s not just a beat that he raps over, it’s intertwined. It’s songs, something more musical. But what he does for the city, too. He organizes events and he helps all that youth at Dynamo by sharing his knowledge. A good player for the city.”

And where we are through his top five, Siem throws a series of names that should definitely get a shoutout: Rock Lee, Level Aux, Brain Food, Purple Imp, Laylo; it says something about the lively scene that Eindhoven has to offer. We will meet again soon at Boolin’, for now Siem presents you with Gramma Diamonds a playlist full of Eindhoven’s talent to pump at home.