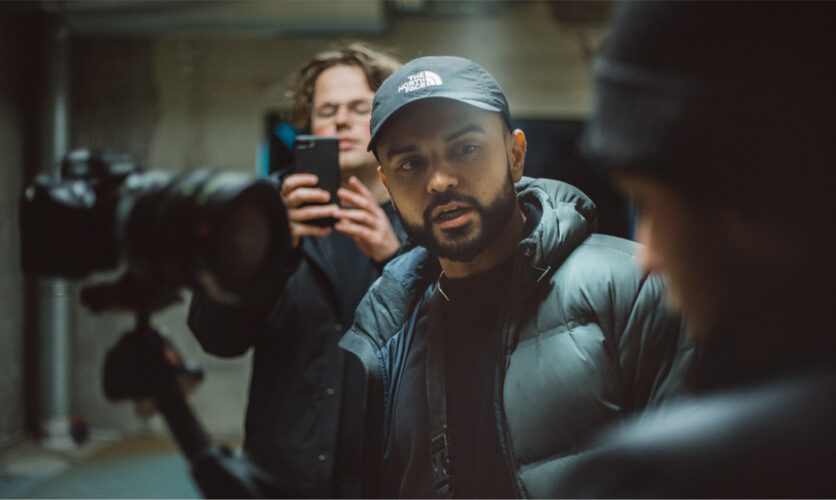 
Stephan Velema: “Actually, we as an audience were raised as storytellers”

When the renovated Area51 opens its doors, all urban culture disciplines will be located here under the same roof. In the coming months you can already taste five different samples, including visual arts, photography, music production and dj’ing and spoken word. On September 12, designer and filmmaker Stephan Cornelio Velema will kick off the series with a workshop on cinematic storytelling.

In 2012 he made the documentary Straatsterren in de lichtstad about the development of hiphop in Eindhoven and he also worked as a video maker with artists such as Simon Bus and The Ruggeds. Stephan Cornelio Velema, a bboy himself, is specialized in visually capturing street culture, always with a narrative approach. Because that story, says Stephan, is what makes people human: “Dolphins have language, apes have language, but animals have no stories. Only humans have stories. It is a very strong medium to connect cultures. We would like groups forms, that’s how we survive best.”

In his workshop he deals with a list of basics that he gradually mastered: “I was asked if I could edit because I could also Photoshop. I was still studying at the Design Academy, we had that software at school. I thought it’s super cool. When you’re pasting three scenes together for the first time, that’s a real find.” He could apply this directly to his work as a dancer: “When our crew was filmed, I was often not completely happy with the way cameramen captured it. They moved the camera too much so that the dance was destroyed and then I thought: I just have to do it myself, at least afterwards I am happy with the material. But the more you do something and enjoy it, the more you discover what you don’t know yet.”

One of the most important lessons he learned is also covered in the workshop: “It’s really about a story that you tell. The more you dive into that, the more you understand that it’s about the audience and not about you. we as audiences were raised as storytellers. We have been trained by series like Game of Thrones to guess what is going to happen or who is next to die. If you had shown that series to people thirty years ago, they wouldn’t have understood it but we’ve been raised that way over the years. Edits are so fast these days because people are used to videoclips.”

Thus, during the workshop, the participants are instructed to look at their work through the eyes of their audience: “You are aiming your camera somewhere and that is a visual package that has to land with the viewer. Interesting, they must be moved by it and they must want to keep watching. If you chew everything, you get a lazy viewer. Who thinks: I have already seen that. Or: it does not affect me. But you should not give too little either because then it becomes too abstract. Then they don’t understand where you want to go with your story and then they also drop out. The trick of dosing all the time is to give enough that they understand where it is going, but also again not to give everything so that a certain suspense builds up. So that you think: I want to know how it ends.”

“The danger when you make something yourself,” continues Stephan, “is that you get excited about what you made because it was very difficult to make, but you can’t see it through the public’s eye anymore. Sometimes with a photo album: if you have shot three hundred photos on vacation, that is super cool for yourself, but if you invite friends and they want to show all 300 photos, they drop out at photo 50. That is also a bit of understanding who your audience is. Maybe there is nothing wrong with the pictures, but the number should go down. Kill your darlings.”

So Stephan’s workshop offers an overview of the basics in cinematic storytelling: “It’s a list of things that I thought: if someone had put that in perspective for me, it would have been useful. Call it fundamentals. Even though you know them, it’s good to see them connected again.”