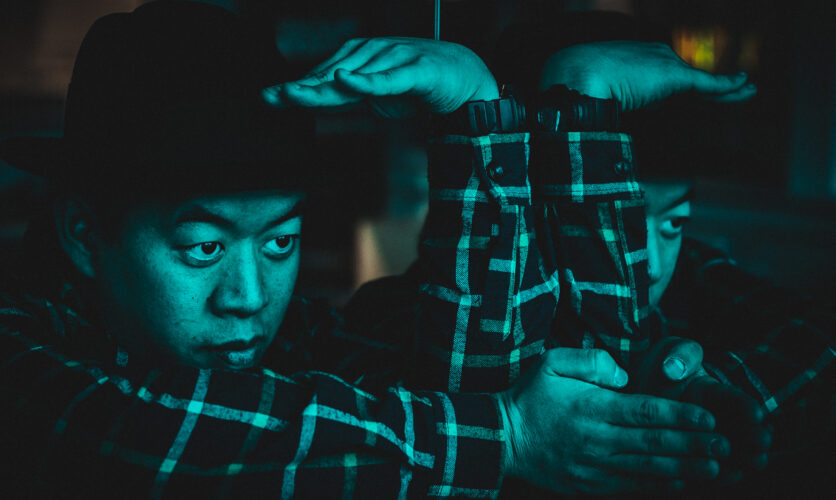 
Jing Wang about Kozen: “My starting point is to promote a healthy community”

Jing Wang from Eindhoven is a dancer, organizer of Planet Pop’N and an industrial designer. He has been participating in battles for years and has seen how a jury judgment is often subjective and how it can lead to frustration among participating dancers. He built a prototype of the Kozen judging system, with which dancers in a battle can be judged more fairly.

In 2012, Jing started working on the prototype together with Niek Traa: “We saw in the b-boy scene and in the dance scene that judging is very subjective and therefore goes in all directions. This leads to a lot of disagreement. in the culture and the community. People are gradually no longer participating in battles or there is always criticism of jury members; it became chaotic.”

Canadian b-boy Dyzee introduced the O.U.R. system during an event in South Korea, but this did not lead to the desired result, says Jing: “Niek had danced with that system before, but it still has a lot of problems. He just did not agree with the result and got frustrated. Then he thought: that can be much easier.” Niek approached Jing and asked if he wanted to build an adapted system: “I had graduated as an industrial designer eighteen months earlier. I didn’t do anything with that, because it was difficult to get a job and my dance career took off, so I could live on that. But my hands were itching to do something for what I studied for.”

The prototype that Jing built was immediately used during Breakjunkies, an event that Niek organized in Area51: “We saw how extremely strong the effect was of a very simple addition: a scoreboard. Digitizing the jury votes, but then transparent. It became very popular, we were asked to apply the system everywhere. I went along with that momentum and slowly upgraded it.”

“What was so strong about the concept,” Jing recalls, “is first of all that there was no system yet and secondly, adding the rule of the game that judging is done by round. Traditionally, it was only at the end of the game. After three, four or five rounds, a judgment is passed. Then the jury members forget what happened in the first round, people often judge on their last impression. This often resulted in a skewed judgment. That’s why we made the judges focus on the moment and give a judgment after each round. Then they can again devote their full attention to the next round.”

Unexpectedly, the system had yet another effect: “We had predicted that the system would bring transparency and we had anticipated that judges would end up having a hard time because the tool creates more pressure, more times when they have to take their responsibility. The two-against-two battle was played as a best of five during Breakjunkies. The first battles went normally, because one side was clearly better. Then you get 1-0, 2-0, 3-0. You only need three of the five rounds to win the battle. The dancers had to get used to getting feedback after each round, but they quickly found their way. Then there was a battle between two opponents who were very evenly matched. became 1-0, 2-0, but then the other side came back and it became 2-1, 2-2 and finally the other side won 2-3. Then the roof came off and that was totally unforeseen. extreme hype and that would not have happened without the system .”

In the past eight years Kozen has been used at almost 120 events and the system is still being developed further. Jing has added new game rules, a pre-selection tool and methods to connect to a live stream so that you can see the scores on the side of your screen. So good developments on the content side. In the business field, Jing wants to take further steps: “I am a product designer. I am from the creative side, but I have always failed to do business wise. I followed the momentum. I developed the product and at a certain point the market was connected. Then I started selling it, but it is not profitable. The business model was not correct. I am now rebuilding that: I am doing market research and looking at how I can put it into a form that is profitable. In the end I earned quite a bit, but that is negligible compared to the time I invested in it. I really worked myself to death. Now I want to take the next step, with a healthier approach.”

Although the business investigation is in full swing, the vision is clear and Jing will always monitor the added value of the culture: “My starting point is to promote a healthy community. Where the introduction of Kozen contributes to a fairer judgment, there is also a responsibility for the organizations that use it. As soon as you put an art form into a competition form, a discussion arises. But competition also means that you can compare something, it is important that an organization reaches agreement on what the guidelines are. must be imposed by the organization or from the culture. Or it must arise in a natural way. Developing a watertight jury system is difficult. And rightly so, because competition really drives culture in all directions. I believe we can continue to build on a responsible judging system, but a lot of trial and error precedes it.”

And Jing likes to do this jointly: “The community has long been skeptical about adopting a system, but Kozen was soon able to count on acceptance because we worked with a small difference compared to no system. People could understand and digest that. The culture is super sensitive to these kinds of changes, to judging and everything that can affect the art form. For me, Kozen is not just the set of rules, but a platform. I am trying to find out whether I can offer the rules part open source, to make it community-based so that everyone can contribute and it becomes a self learning environment. At a vision level that is what I want to go to, but open source is again in contradiction with being a healthy company so there I am not out yet. But at least I want to create something that is healthy for the culture and can take away frustrations.”