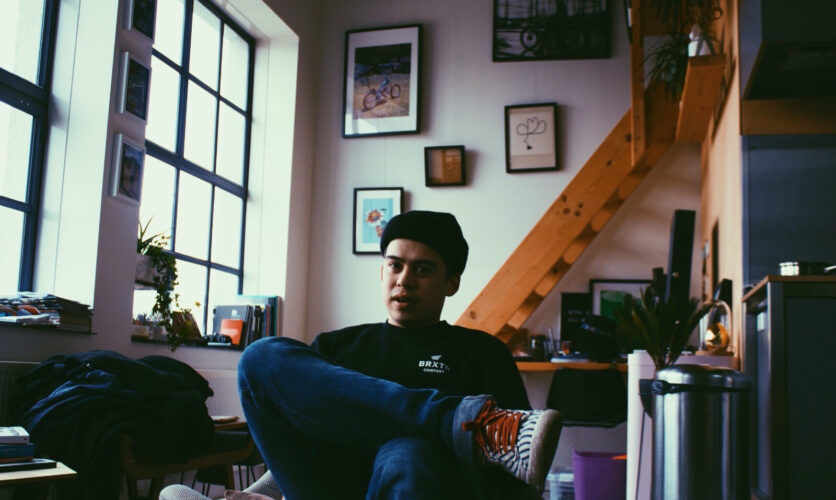 
Five must see skateboarding videos according to Wing Mok

Wing is a retired skateboarder, but through his work for Area51 and related projects he is still closely involved in the scene. He witnessed the growth of skateboarding from the mid-00’s to where it is today. Although there is more and more footage available, it is still Wing for originality. He presents you five must-see videos and clips in which that authenticity is unmistakably present.

“When you type in big kickflip 50 stair on social media,” explains Wing, “that footage is available in abundance. In the past, scarcity was the charm of the music and skating. You had to do your own research and through interviews and magazines you had the idea that you knew those guys a little bit. I miss that sometimes. If someone walked into Vans shoes with a hole in them, you knew it was a skateboarder. Nowadays the cashier girls wear them too. That’s not bad, but that kind of thing was really more of the scene back then.”

“Videos have been made from Trasher in which they discuss this development”, Wing continues. “In My War, for example, they go back to a spot and a specific trick. In this case, it’s one by Sammy Baca. He’s been back to one spot in Los Angeles 27 times, because it just didn’t work out. lived in Las Vegas, so he took the bus up and down every weekend. I recognize that. You want it so bad, it’s always trial and error. Trial and error. Then someone told him: you have to be an inch from the front “He did it and finally succeeded. That feeling that when you land something that you worked so hard for, I think has always remained the same for many skaters.”

In the short clip High N Dry, a group of skateboarders discovers an empty water park with all kinds of slides: “That was sick to see. They probably got permission to skate there; you used to get no permission for anything. If you had a sick spot found you were often thrown out after fifteen minutes or even fined for vandalism. Or burglary, if you had to climb over a fence.”

Where Trasher looked back with My War, DC Shoes does it with Josh Kalis – 20 years later: “Josh Kalis is a longtime pro skateboarder. He did a 360 flip over a trash can in Love Park, Philadelphia in ’99. Twenty years later re-released his pro-model shoe and before that he returned to try it again, as he himself says in this video: “Half of these kids weren’t even born yet in ’99.” He did it better now, at 43, than when he made such an impression on me as a ten-year-old at the time.”

According to Wing, Static 2 should not be missing from this list: “It mainly takes place on the east coast of the US and in London, of those raw cities where the center is almost impossible to skate. People do things on manhole covers that I don’t knew it was possible at all. One of those guys, Kenny Reed, goes to places like Morocco and Egypt to skate there. Via airplanes, trains and camels he ended up in the middle of nowhere. At that time it was very special to make these kinds of road trips, let alone on your own. Nowadays he works on projects in these kinds of countries to put skateboarding on the map.”

Another important aspect of skate videos, says Wing, is music: “411VM Number 40 is the first video I bought at the Lageja skate shop in Eindhoven. There is even a feature with the old Piazza. Those videos always had a good soundtrack. My older brother recognized music from Rawkus Records when he walked by. The bridge between hip hop, punk, alternative music and skateboarding was built for me.”