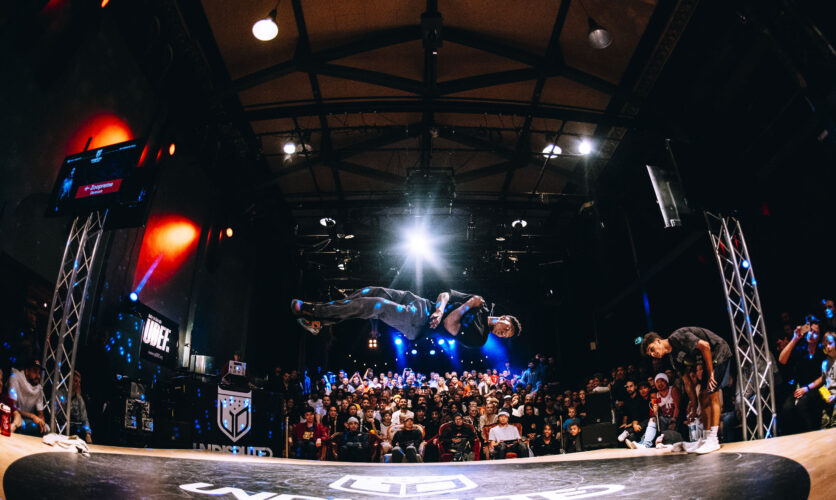 
Five dancers who rock their own style like no other; Zoopremes favorites

Earlier we spoke to Ruggeds member Rico Coker a.k.a. Zoopreme about the authentic dance style with which he won the Undisputed Masters 6 at the end of 2019. More on the dance than on the powermove, and with a personal style and finesse. We asked him about his favorite dancers, who have worked out this individuality to perfection.

It sounds obvious that as a dancer you look for your own signature, but it is not, Rico says: “Breaking is a bit on trend sometimes. At certain times certain moves are trendy and then you see that many people try to incorporate them into their break. But you know who it comes from and then I think: you’re trying to make this move beautiful but it’s not really you.” He prefers to see breakers understand where the move comes from and what the idea is behind it: “Then you can make it your own, that’s ten times more beautiful.” Laughing: “We live in a time when everyone wants a quick solution. But it doesn’t work that way.”

The first dancer to inspire Rico is Luigi, known as Skill Methodz: “Everything he does looks nice, even when it’s simple. Even if it was a 6 step, it was a nice 6 step. He does it cool and when I see him, as an audience or in a battle, I see that he enjoys what he does. It is pure, it really comes from his heart. In addition, he has a surprise element: he is very small. You think: he’s not going to make it, but he’ll make it.”

“Stripes, from the Flipside Kings”, Rico continues his list. “He’s too bad. He has crazy patterns in his footwork. Everything that is easy for him, he makes nice. That’s important to me, then you can keep going. At a certain point you don’t have enough energy to make moves. And what are you going to do when you run out of moves? Then you can only be cool. Your moves should look nice. He does.”

Also King Foolish (Octagon), according to Rico, should not be missing from this overview: “Also someone who makes everything that is easy for him, completely beautiful. He comes from Sweden and is really one of those Scandinavian totempoles, such as Focus, Atta, Foolish. and Flaco.”

“Also a small guy, a lot of steez,” Rico says of Naughty One from Rivers Crew, Korea. “He is very flexible and also makes everything that is easy for him very nice. I think B-boys who make easy things look difficult are very dope.”

Rico continues his list with Keebs (Flipside Kings): “He’s fresh. He specializes in footwork and beautiful patterns but it also looks really nice. Everything he does is clear. And beautiful. These guys aren’t about speed They might slow it down a bit, but you can clearly see what’s happening and it’s nice to the beat.”

Well come on. We had agreed that they could be five names, but Rico couldn’t resist closing with a shoutout to his crewmembers when it comes to his favorite dancers: “And of course, everyone from Ruggeds. But that’s a given.”