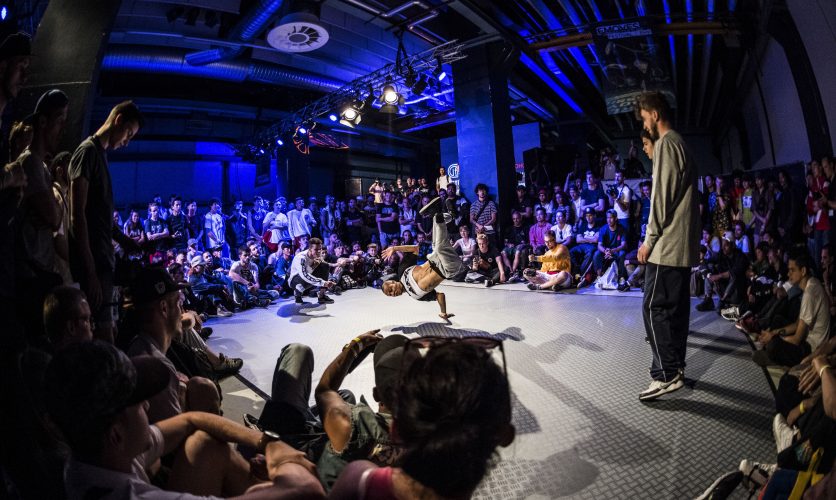 
Dear dancer: “The higher the industry, the lower the values”

What is cultural integrity and are you sticking to its principles? In the first of “Dear dancer” series of articles, Drosha Grekhov, artistic leader of EMOVES, dance innovator and all-around creative professional explains how to represent culture adequately in a quickly professionalizing Urban dance scene.

What is cultural integrity? I have mentioned it in my articles before, but never took the time to break it down for you. Dear dancer you are a part of greater whole called a culture. And while definitions of culture are broad, I usually write to you because you are part of that umbrella called Urban Dance. For me personally Urban Dance is not the best term, but in lack of a better lets stay with it. Urban Dance is heavily rooted in hip hop and funk styles, meaning both you and I represent more or less the same cultural dna. Although I call myself a freestyle dancer and you might be a bboy, popper or krumper we still relate. And this relationship is part of a greater cultural heritage going way back into the history of poverty, oppression and struggle. The Urban Dance industrializes and institutionalizes in a mind-blowing tempo, within one generation breaking has grown from innovation to early adoption to the Olympic games, other styles are featured on television, in theatres and are taught in universities. The body language of the streets, the dance of the minorities is now an accepted global cultural phenomenon. We can make a career and achieve (relative)success as the culture turns into an industry. It works! And if it does not work it is in the process of working. However, this is where the word integrity comes in.

We are divided by terminology but connected by strong community values. The higher the industry level the lower those values are.  We strive to be self-regulated and egalitarian cultures. We are cultures full of folklore and based on innovators. The values of our dances are freedom, creativity and getting together with other dancers. No single institution governs the development of the dances, no single person is the president or ceo of the dances. We respect and credit our pioneers and teachers and pledge to learn, innovate and find our own voice. Cultural integrity means at least honoring these few principles.

Specific subcultures have their own specific values. My point is not to make a definite list of the principles, rather make you think about your own integrity. We cannot stop the industrialization and institutionalization of the culture. It is inevitable, but we can be our own force to be reckoned with. In every aspect of the industry, there is space for the culture, in a few cases there are none but it only takes one strong voice to change it.

Television shows have 0% cultural integrity, it is 100%  show business, meaning everybody in and around the show is a product, a means to an end of making a profit. Commercial shows for brands, for pop artists, advertisements and films are all business and have nothing to do with culture. Commercial dance schools are part of the dance industry to make profit, whatever works will be taught, as long as it makes a profit. Theatre companies using urban dancers to generate a new following and appeal to new types of the audience has nothing to do with the culture rather trying to stay relevant in a fast-changing world. Sports federations that traditionally govern other sports switch to urban dances are opportunistic agencies that seek the right to exist and usually have nothing to do with our culture or cultural values. Universities that struggle with diversity “urbanize” and turn the street into an institution.

Now if you see this list and think, wait a minute I work within half of the industries, does it make me a culture vulture? Do not worry, it does not. Every example I just gave can be introduced to cultural awareness and even better show some cultural support. I actually work with or within all of the abovementioned industries except tv shows. It is up to me and you to infiltrate and inspire cultural integrity. Theatres, schools, brands, and even tv shows can embrace our history and honor pioneers, invest in the communities in poor areas, commit to facilitating styles ( like laban, or limon is facilitated in the institutions). Part of the cultural integrity is to close one eye toward the popularity of trends and keep investing in the culture even if it is not trendy at the moment. Federations and fonds should be aware of the egalitarian principles and be accessible for the public to make demands and complains. Pioneers should stimulate new developments and actively seek out positions of influence to preserve some of the values that they might fear losing. It is not as easy as it seems, but definitely not impossible. The core of the Urban umbrella is still very much culture minded, most of the generation of 30 plussers are raised on the values of styles wars, each one teach one, originality, representing and giving respect where it is earned. We still love what it gave to us and most of us are happy to give it to you.